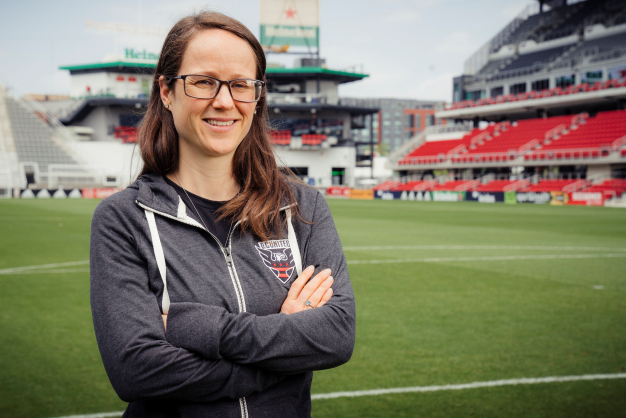 Lucy Rushton, who will assume the General Manager and Head of Technical Recruitment and Analysis position for D.C. United, began her career working on the technical side of the sport in 2007 with Watford Football Club in the English Football League Championship as a Player Recruitment Analyst. Shortly thereafter, she moved to Reading Football Club where she spent more than seven years working as a Senior Performance Analyst and helped the club secure promotion to the English Premier League in 2012 after a first-place finish in the Championship in the 2011-12 season. Rushton made the move to Major League soccer in 2016 when she joined Atlanta United as Head of Video and Technical Analysis. Under Rushton’s leadership as the Head of Technical Recruitment & Analysis, Atlanta United lifted the 2018 MLS Cup, 2019 Lamar Hunt U.S. Open Cup, and have won the second most MLS regular season matches (60) from 2017-2020 with a record of 60-24-41, second to only New York City FC.

“Lucy’s experience at the top-levels of our sport and her ability to match talent to a certain identity and system of play through the application of performative data analysis and qualitative analysis is second to none in our league,” said Jason Levien, CEO and Co-Chairman of D.C. United. “We’re confident in her ability to lead our soccer operations teams, contribute to building exciting rosters, and drive a culture that delivers on-field success.”