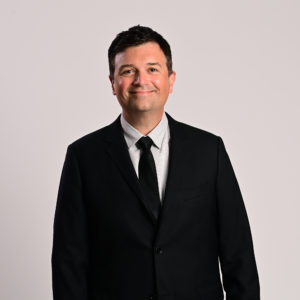 Greg Wyshynski serves as a reporter and senior NHL writer, covering the league as an analyst across platforms. Wyshynski writes news stories and a weekly column during the season, and can be seen and heard on Daily Wager, the ESPN Daily podcast, SportsCenter, and more. Wyshynski will be part of the on-air talent for The Walt Disney Company’s coverage of the National Hockey League, and will co-host “The Drop,” a new digital hockey show.

Prior to joining ESPN in October 2017, Wyshynski cultivated a passionate following of NHL fans and league insiders as the creator and editor-in-chief of the Puck Daddy blog on Yahoo! Sports. During his nine years there, he was the first blogger named to the list of “100 People of Power Influence” by The Hockey News. He also co-hosted the daily podcast Marek vs. Wyshynski with Jeff Marek of Sportsnet, as well as the popular “Puck Soup” podcast.

Before his stint at Yahoo!, Wyshynski spent 10 years as a writer and editor at The Connection Newspapers in Virginia, where he received more than 50 Virginia Press Association awards. He also wrote NHL news for AOL Sports’s FanHouse and the weekly “NHL Closer” column for Deadspin.

Wyshynski, a native of New Jersey, graduated from the University of Maryland’s College of Journalism.