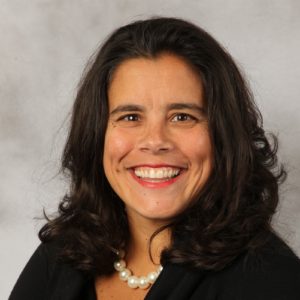 As SVP & CMO of Brooklyn Sports & Entertainment, Elisa Padilla oversees all of the marketing efforts for the team and arena, including branding, advertising, merchandising, database research, creative, websites, and social media. Padilla seamlessly led the rebranding strategy of the Nets from New Jersey to Brooklyn, and is the creator of the award-winning branding campaign, Hello Brooklyn. She played a key role in establishing the brand identity for Barclays Center by branding its five programming franchises and also led the marketing efforts for the venue's sixth programming franchise, the New York Islanders, who began playing in Brooklyn in 2015. Padilla joined the Nets in 2010 as a Director, was named Vice President in 2012, SVP in 2014, and was promoted to her current role in 2015. A native of Newark, NJ, Padilla has an M. B. A in Marketing from Fairleigh Dickinson University and a B. S. in Communications from Centenary College. She currently resides in New Jersey.