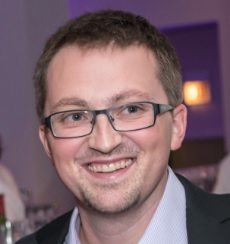 Algorithmic Trader, 3Red Group David Frohardt-Lane is an algorithmic trader at 3Red Group. He has worked as a trader for nearly 10 years and also consults for a "Big Four" professional sports team. Prior to working in finance, he made the majority of his income betting on baseball. An individual player projection system and a Monte Carlo simulation, which projected the probability of each team winning the game, were the basis for his bets. Even after a friend convinced him to try a career in trading, he stayed actively involved in sports analytics and continues to spend time working on prediction models. Most recently, his focus has been the NFL. Using his statistical model as a guide, he has entered several different contests selecting games against the point spread. In 2011, he was the winner of the Cantor Gaming NFL contest, with a record of 58-23-4 (the 2nd best record in recorded Vegas contest history). In 2013, he was the winner of the LVH SuperContest, achieving a record of 55-26-4 and winning $557,000. His lifetime overall record against the point spread across 8 Vegas contest entries is 384-272-26 (58. 5%). Originally from Michigan, Frohardt-Lane holds a BA in math from Carleton College and a MS in statistics from The University of Chicago.