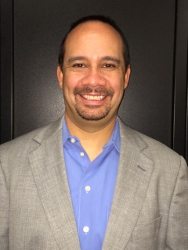 Vice President, Las Vegas Hotel & Casino SuperBook Jay Kornegay is Vice President of the LVH - Las Vegas Hotel & Casino SuperBook. He has more than 26 years experience in the race and sports book industry. Jay graduated from Colorado State University in 1987 with a bachelor's degree in Restaurant Business Management. Always intrigued by gaming, Jay moved to Nevada later that year to start his path in that field. Starting in Lake Tahoe and soon afterwards moving to Las Vegas, Jay has worked at four major sports books. He opened the Imperial Palace sports book in 1989, which soon turned into one of the more popular sports books in the state of Nevada. In 2004, Jay took the reins of the LVH SuperBook. As the world's largest race and sports book with over 30,000 square feet, the SuperBook is one of the top sports books in Nevada. Over the years, the SuperBook has won numerous awards and often represents the Las Vegas market with national media outlets. It is known for its aggressive nature and being a player-friendly book by offering fair odds to guests. The LVH SuperBook is also known for offering Nevada's largest wagering menu by posting many 2 nd /3 rd tier sports, as well as having an international flavor. In addition, the SuperBook hosts the "SuperContest," which is recognized as the most prestigious pro football handicapping contest. For the fourth consecutive year, the "SuperContest" set a record for number of entries and marked the most entries ever this past football season at 1034. Jay resides in Las Vegas with wife Pam, daughter Cara and son Nicholas. He is also well known for shooting a 36 on the front nine and a 59 on the back nine.