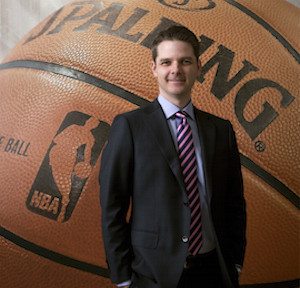 Vice President and Assistant General Counsel, NBA Dan Spillane joined the NBA in 2007 and currently serves in the position of Vice President and Assistant General Counsel. Spillane is responsible for a wide range of NBA legal and policy matters, including areas relating to gambling and sports betting as well as management of the league's revenue sharing plan, team relocations, and special investigation matters. Spillane also works on projects for the NBA Board of Governors and its committees and was part of the team that negotiated the most recent collective bargaining agreement with the National Basketball Players Association. Spillane was listed as one of the SportsBusiness Journal's "40 Under 40" in 2013. Before joining the NBA, Spillane was an attorney at the New York law firm of Debevoise & Plimpton LLP. He also served as a law clerk for United States District Judge Miriam Goldman Cedarbaum in New York. Spillane graduated from the University of California at Berkeley and Harvard Law School. He is a native of the San Francisco Bay Area and resides in Brooklyn, New York.