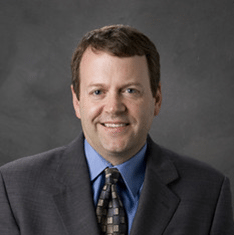 Senior Writer/Baseball Analyst, ESPN The Magazine and ESPN. com Robert "Buster" Olney is a senior writer at ESPN The Magazine and an analyst for ESPN's Baseball Tonight. He joined ESPN in June 2003 to cover baseball for all ESPN entities, including ESPN Radio, ESPNEWS, and SportsCenter. He currently writes a popular baseball weblog for ESPN. com. Olney began covering baseball in 1989 as the Nashville Banner's beat reporter for the Triple-A Nashville Sounds. He later covered the San Diego Padres for the San Diego Union-Tribune (1993 - 1994) and the Baltimore Orioles (Baltimore Sun, 1995 - 1996). He arrived at ESPN after six years at the New York Times covering the Mets (1997) and the Yankees (1998 - 2001). Olney has also authored the Times' bestseller, The Last Night of the Yankee Dynasty: The Game, the Team, and the Cost of Greatness (HarperCollins 2004), a book about the Paul O'Neill/Tino Martinez Yankees' dynasty of 1996 - 2001. Olney has twice been submitted by his newspapers for Pulitzer Prize consideration in general beat reporting (not specific to sports) - Baltimore Sun, 1997; New York Times, 1998. He also ranked in the Associated Press Game Story Top 10 from 1996 - 1998. A native of Randolph Center, V. T. , Olney was graduated from Vanderbilt University in 1988 with a degree in history.