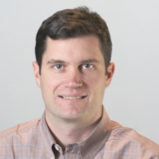 Along with his brother Sean, Brendan, founded PeacePlayers in 2001. PeacePlayers uses basketball to unite divided communities. Driven by the idea that children who play together can learn to live together, PeacePlayers has operations in the Middle East, Northern Ireland, South Africa, Cyprus and the US. In 2017, PeacePlayers partnered with Nike to work across the US helping to build safer neighborhoods and strengthen relationships between police and communities. Part of Nike's "EQUALITY" campaign, PeacePlayers is now active in Baltimore, Brooklyn and Detroit. Brendan was named One of the 50 Most Inspirational People in Sport by Beyond Sport. In 2008, Brendan and Sean received the Laureus Sport for Good Award, which recognizes transformational contributions to society through sport. At the 2007 ESPYS, two leaders from PeacePlayers in Northern Ireland were awarded the Arthur Ashe Courage Award. He was an Aspen Ideas Festival Scholar and a Term Member at the Council on Foreign Relations.