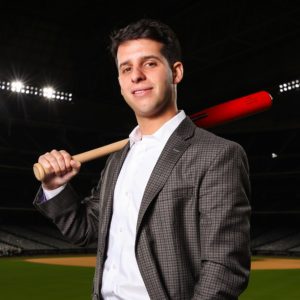 Brandon Taubman joined the Astros in June 2013 and enters his first season as Senior Director of Baseball Operations and Analytics. In his current role, Brandon assists the General Manager on a broad spectrum of matters including player evaluation, roster construction, contract valuation, economic modeling and arbitration negotiations. His main responsibility outside of assisting the General Manager is to serve as a program manager to the R&D team, helping to direct both the day-to-day operation and the long-term vision along with Director of R&D, Mike Fast. Brandon has been heavily involved in analytics efforts affecting practically all areas of the Astros organization, namely in scouting and player development. Brandon previously served as an analyst, Manager of Baseball Operations, and Director of Baseball Operations, before earning his recent promotion. Prior to coming to Houston, Brandon worked for Ernst & Young as a derivative valuation expert. He was also a member of the Ernst & Young advisory team which consulted with the federal government during the 2008 subprime mortgage crisis. Following his time at E&Y, he worked for Barclays Investment Bank in their Equity Derivatives group as an Analyst. Brandon graduated with a degree in Applied Economics from Cornell University. He and his wife Leah reside in Houston.