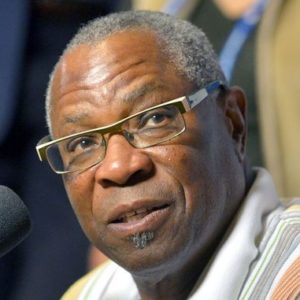 Dusty Baker enters 2018 as the 14th winningest manager on the MLB Managerial all time win list dating back to 1876 (1,863 wins with . 532 winning percentage). For 22 years Dusty managed ther San Francisco Giants (10), Chicago Cubs (4), Cincinnati Reds (6) and the Washington Nationals (2). Dusty is currently ranked #3 in wins (509 with a . 542 winning percentage) in the history of the Cincinnati Reds (EST. in 1882). Dusty started his managerial career in 1993 with the San Francisco Giants and is second for San Francisco franchise wins. In the Giants franchise history dating back to 1883 Dusty Baker is third in managerial wins. As a player Dusty Baker spent 16 prestigious seasons with Atlanta, Los Angeles, San Francisco and Oakland. Final career stats include a . 278 batting average, 242 home runs and 1,014 runs-batted-in. Clutch statistic: Dusty is an MLB leader in career walk-off home runs with 25. He was twice selected to the National League All-Star team, appeared in four National League Championship Series with the Los Angeles Dodgers, and was selected NLCS MVP after hitting . 357 in the Dodger's 4-game series with Philadelphia. Dusty went to three World Series with the Dodgers and beat the New York Yankees in 1981 to win the World Championship. Won two Silver Slugger Awards in 1981-82 for offense and a Gold Glove Award for defense in 1981. As a player named to the All-Time Los Angeles Dodger team and as a Manager named to the All-Time San Francisco Giants Team. In 2015, Dusty created the Baker Solar Team and Baker Family Wines and wrote a book "Kiss the Sky: My Weekend in Monterey at the Greatest Concert Ever. " Dusty also was a broadcast analyst for the TBS coverage of the National League Division and Championship Series giving a bottle of Baker Family Wine to the player who distinguished himself best in each game.