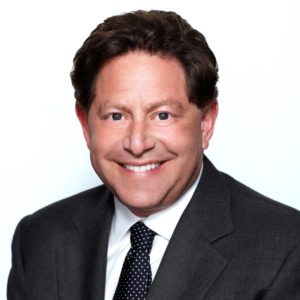 Bobby is the CEO of Activision Blizzard. Through two decades of his leadership, Activision Blizzard has grown to become the world's most successful standalone interactive entertainment company. The company delights hundreds of millions monthly active users around the world through franchises including Activision's Call of Duty and Destiny, Blizzard Entertainment's World of Warcraft, Overwatch, Hearthstone, Diablo, and StarCraft, and King's Candy Crush and Farm Heroes. The company is one of the Fortune "100 Best Companies To Work For". Headquartered in Santa Monica, California, Activision Blizzard has worldwide operations, and its games are played in 196 countries. Bobby serves on the boards of The Coca-Cola Company, The Los Angeles County Museum of Art, The Center for Early Education and The Harvard Westlake School. Bobby is also the founder and co-chairman of The Call of Duty Endowment, a non-profit focused on increasing veteran employment with over 30,000 jobs found to date.