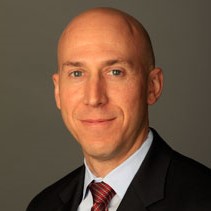 Bill serves as EVP and General Counsel for MLS and Soccer United Marketing (SUM) overseeing all legal matters for both companies. Bill approaches issues with a strong business focus which has helped SUM become the preeminent soccer business in North America. Bill has been a major driver of the League's commercial and media strategy. He has negotiated and drafted scores of national and local sponsorship and licensing agreements for MLS, U. S. Soccer, Mexican National Team, CONCACAF, and MLS Clubs. He has also been involved in every national, international and local broadcast agreement. Bill is responsible for the League's corporate governance and has been instrumental in MLS's expansion efforts growing the League from 10 teams to 24 teams by 2018. Bill earned his JD from George Washington University. Bill graduated from Boston University with a Bachelor of Arts degree in English. Bill resides in Maplewood, NJ, with his wife and three children.