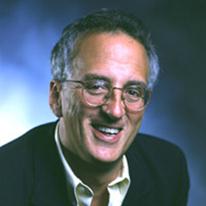 Robert A. Woods Professor of Economics, Smith College Andrew Zimbalist is the Robert A. Woods professor of economics at Smith College in Northampton, Ma. , and a member of the Five College Graduate Faculty. He received his BA from the University of Wisconsin, Madison and his MA and PhD in economics from Harvard University. He has been a visiting professor at Doshisha University in Kyoto, Japan, at the University of Geneva in Switzerland, at the University of Hamburg in Germany, at the University of Chile, and at Harvard University. He serves on the editorial boards of various scholarly journals. He has consulted widely in the sports industry for players' associations, teams, leagues, cities, commissions, foundations, film projects, and law firms, and in economic development for international institutions, is a frequent media commentator, and has published twenty-one books, including Baseball and Billions (1992), Sports, Jobs and Taxes (1997), Unpaid Professionals: Commercialism and Conflict in Big-Time College Sports (1999), May the Best Team Win (2003), National Pastime: How Americans Play Baseball and the Rest of the World Plays Soccer (2005), In the Best Interests of Baseball? The Revolutionary Reign of Bud Selig (2006, 2013), The Bottom Line: Observations and Arguments on the Sports Business (2006), Equal Play: Title IX and Social Change (2007), Circling the Bases: Essays on the Challenges and Prospects of the Sports Industry (2011), and The International Handbook on the Economics of Sport Mega-Events (2012), and over one hundred articles. He recently completed a book manuscript entitled Moneyball Revisited: Assessing the Impact of Sabermetrics on the Baseball Industry, which will be published by the University of Pennsylvania Press later in 2013. He did a regular commentary on NPR's Marketplace during 2002-05 and contributes opeds frequently to leading newspapers and magazines. He has testified on numerous occasions before the U. S. Congress, state legislatures and city councils. He served as the Smith College faculty athletic representative to the NCAA for over ten years. Zimbalist lives with his family in Northampton, Massachusetts.