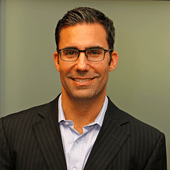 President, Cleveland Browns Alec Scheiner is the President of the Cleveland Browns football team. Prior to accepting this position in December 2012, Alec was Senior Vice President and General Counsel for the Dallas Cowboys Football Club and its affiliated entities (including the merchandising, real estate, oil & gas and other holdings of the Jones family). He has been with the club since August of 2004. In his role with the Cowboys, Scheiner oversaw all legal aspects, business planning, strategy, human resources and analytics for the entire organization. He negotiated and developed all agreements for the design, construction, financing, marketing and lease of Cowboys Stadium. Scheiner drafted and negotiated all sponsorship, merchandising, event, seat/suite and broadcast agreements for the team, oversaw any litigation or disputes, and provides general legal and business guidance and advice to the Cowboys and the Jones family. Scheiner is also on the Board of Directors, and executive committee, of Legends Hospitality and was a co-founder of Legends Sales and Marketing. A 1997 graduate of Georgetown Law Center, Scheiner practiced at Wilmer, Cutler & Pickering (now WilmerHale) from 1997 until joining the Cowboys in 2004. During that time he served as outside counsel for the Dallas Cowboys (on a variety of matters, including the Cowboys' opt-out from the NFL's merchandising program). While at the law firm, he also advised on the sale of the Baltimore Ravens, the relocation of the Charlotte Hornets to New Orleans, the sale of various ownership interests in the Washington Wizards and Washington Capitals, the sale of ownership interests in the Toronto Raptors and Toronto Maple Leafs, and the Rose Bowl's attempts to secure an NFL team in Pasadena. In 2010 Scheiner was named one of Sports Business Journal's Top 40 sports business executives under 40.

True Performance & the Science of Randomness