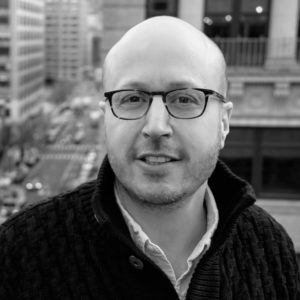 Liverpool born, Bennett moved to America after university, under the thrall of Ferris Bueller, Hart to Hart, and Diff’rent Strokes. He has dedicated his life to growing the game he loves — soccer — in the country he loves — America, and has become, through Men In Blazers, a beachhead for the sport’s continued growth in this country. A writer, broadcaster, and filmmaker, Bennett began at ESPN, working with Jonathan Hock to shoot the behind the scenes documentary series Inside: US Soccer’s March to Brazil for ESPN ahead of the 2014 World Cup. He then moved with Men in Blazers to NBC Sports to become the go-to interviewer for the biggest names in football to address the United States market, making films with the likes of Manchester City’s Pep Guardiola, Liverpool’s Jurgen Klopp and Tottenham Hotspur’s Mauricio Pochettino. With Davies, Men In Blazers has built a dedicated audience of die-hards who tune in for sporting narrative connected to soccer, as well as Open Golf, NHL, and the NFL. In addition to their podcast and television show on NBC Sports, the duo’s book, “Encyclopedia Blazertannica” was a New York Times Bestseller and their live tours, sponsored by Budweiser, have sold out across the nation, but he is never happier than when watching soccer with a cold beer and a large pie.

An American Analyst in London

Soccer, the sport with the largest global fan base, has largely resisted the analytics wave.