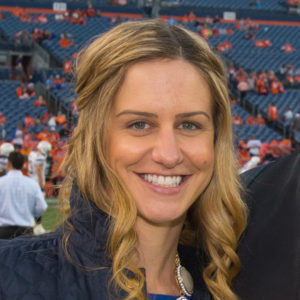 Nicoletta was tasked with creating the Chargers digital media department in 2012 to revamp the team's presence in the digital space. Its goals are to increase online revenue and grow the Chargers audience within controlled digital media such as Chargers. com, social media, mobile applications and original TV production. Over the past five years, Nicoletta has spearheaded content creation for millions of fans to consume on a daily basis while increasing their social media following by millions of followers. She also executive produces two broadcast TV shows, including the Emmy Award winning Chargers Insider. Last year, she played a significant role in the development of an integrated marketing communications plan supporting the relocation of the Chargers to Los Angeles. Nicoletta graduated from Yale University in 2006, where she played water polo and was an All-Ivy League swimmer.