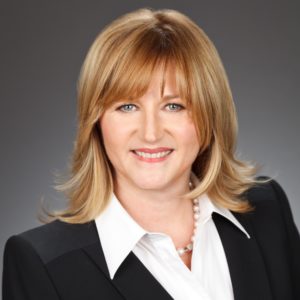 Maryann Turcke is the Chief Operating Officer (COO) of the National Football League (NFL). She oversees all facets of the operation including marketing, technology, NFL Films, NFL Network and NFL Digital Content and Operations. She also oversees the corporate functions including Human Resources, Public Relations, and Government Relations. Prior to her promotion to (COO) she was the President of the NFL Network.

Maryann Turcke was formerly President of Bell Media, Canada’s premier multimedia company with leading assets in television, radio, out-of-home advertising, and digital media. Renowned for a wide breadth of executive leadership roles and team building skills, Ms. Turcke was previously Group President, Media Sales, Local TV and Radio, where she leveraged Bell Media properties and brands across all platforms to support its strong position in the competitive advertising marketplace. Under her leadership, Bell Media built on its position as the country’s top multimedia company, with innovations in TV and on-demand content as well as continued investment to ensure Canadians have the very best choice in primetime programs and coverage of live events, news, and sports on TV, radio, and digital platforms.

Prior to joining Bell Media, Ms. Turcke was Executive Vice-President of Bell Field Operations, leading Bell’s team of 12,000 installation and service technicians in delivering Fiber TV, Internet, and other Bell residential and business services. Ms. Turcke joined Bell in 2005 as VP, Customer Experience and Operations for Small and Medium Business.

Recently, in 2018, she was named one of Adweek’s most Powerful Women in Sports. She has also been named one of Toronto Life’s 50 Most Influential People of 2016, a member of the Women’s Executive Network Hall of Fame, and named the 2015 Woman of the Year by Women in Communications and Technology. Ms. Turcke serves on the advisory board of the Queen’s School of Business and on the capital campaign for Queen’s Faculty of Engineering and Applied Science.