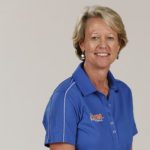 The architect of one of the most storied programs in NCAA Division I volleyball history will enter her 26th season at the helm of the Florida program in 2016. The accomplishments of Mary Wise since being named head coach of the Gators in 1991 have been nothing short of unprecedented. Take 21 SEC titles, including 18 straight from 1991-2008 -- the record for most consecutive conference titles by a program in the nation, then add 25 straight NCAA Tournament bids, seven Final Four appearances, 14 SEC Coach of the Year honors and a trip to the National Championship in 2003. Florida's 25 straight NCAA Tournament appearances mark the fourth-longest active streak in the nation. The list of achievements is long and cements the fact that if there has been one constant to Wise's 25-year tenure at Florida -- its unparalleled success. There hasn't been a single coach in the history of Division I men's and women's basketball, football or baseball with at least 16 seasons of coaching who can claim a better winning percentage than Wise has at Florida (. 890).