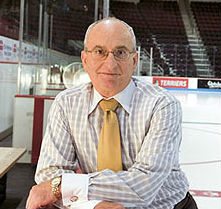 Dr. Zaichkowsky is a widely known sport and performance scientist whose specialty is the psychophysiology of human performance. For 37 years he was a professor at Boston University with a joint appointment in the School of Education and School of Medicine, until his retirement. From 2010 to 2012 he was Director of Sport Science for the Vancouver Canucks of the NHL where he introduced a comprehensive sport science program to the club, including the establishment of a "Mindgym". Currently, Len is a sport science consultant for a number of sport, medical, military, and business organizations. Professor Zaichkowsky is a past-president and fellow of the Association for Applied Sport Psychology (1997-99), a member of the Editorial Board of the Journal of Applied Sport Psychology, and currently section editor on psychology for the International Journal of Health & Sport Science. He is on the Scientific Advisory Board for two sport technology companies, CogniSens Athletics, Axon Sports and Co-founder of BIOCAM, L. L. C. He has authored or edited six books with the most recent being, "Medical and Psychological Aspects of Sport & Exercise", FIT Publishing (2002). Dr. Zaichkowsky has published over 100 papers on sport and performance psychology, sports medicine, research design, and related topics in scholarly journals or books as well as numerous magazine and newspaper columns. Additionally he has made more than 300 professional presentations world- wide and makes frequent expert commentary on television/radio (e. g. CBC, NBC, ABC, CNN,NESN, TSN, ESPN) , and in the print media such as the New York Times, Boston Globe, Chicago Tribune, LA Times, Washington Post, Wall Street Journal, Edmonton Journal, Vancouver Sun, Globe & Mail, El Pais. His current research and consulting interests are in applying technology and science to human performance, specifically (1) psychophysiological self-regulation of performance stress using biofeedback and (2) neurofeedback, understanding the neural basis of elite performance using fMRI methodology, and (3) the development of "expert/championship" performance in sport and other domains. He has consulted with the U. S. , Canadian, and Australian Olympic Organizations, Duke University Department of Surgery, Stanford Surgery, and High Performance Center, U. S. Military and Special Operations, Boston University Terriers, the NBA (Boston Celtics), Major League Baseball Players Association, Boston Red Sox, NFL, NHL Players Association, New England Patriots, Calgary Flames, Sydney (Australia) Swans, Field Hockey Canada, the Spanish World Cup Soccer Team, and Real Madrid soccer club.