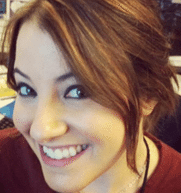 Games Editor, G4TV. com @leahbjackson Leah Jackson is a games editor with G4TV. com, where she specializes in covering the competitive gaming and community scene. Over her tenure at G4, she has covered the biggest tournament events around the nation, produced and hosted an eSports summit with prolific members of different gaming communities, and interviewed the creators of the next generation of eSports games. She also loves Corgis.