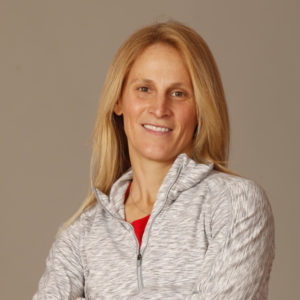 Kristine Lilly is one of the greatest female soccer players in the history of the game. She retired in 2010, but is still the world’s all-time leader in international appearances, male or female, with 354. With 130 career goals, she is third all-time in US history. She played in five World Cups – winning in 1991 and 1999 – and her 30 all-time matches in World Cup play is still a US record. She is also a 2-time Olympic Gold Medalist. She was inducted in the US Olympic Hall of Fame in 2012 and US Soccer Hall of Fame in 2014.

Kristine is the co-author of the forthcoming book, ‘Powerhouse: 13 Teamwork Tactics that Build Excellence and Unrivaled Success’ (available in May 2019). She also runs and operates the Kristine Lilly Soccer Academy and is Co-Founder of TeamFirst Soccer Academy. She is a graduate of the University of North Carolina with a degree in Communications.