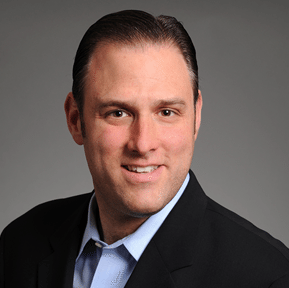 Principal, Wasserman Media Group John Brody joined Wasserman Media Group in 2010 to lead the Partnership and Business Development division. As a Principal at Wasserman and a member of the executive management team based in the New York office, Brody's experience has added significant value to all facets of Wasserman's existing business. His leadership as well as his aggressive and systematic approach to selling has bolstered Wasserman's efforts both domestically and around the world. A 15-year sports industry veteran, Brody spent 12 years at Major League Baseball, the last seven as the senior vice president of the Corporate Sales and Marketing division. During this time, MLB partner contractual fees and activation spending soared over 167%, from $75 million to more than $200 million, and overall support of their MLB partnership eclipsed half a billion dollars. Powerful brands including MasterCard, Pepsi, Bank of America, Anheuser-Busch, General Motors, Taco Bell, and State Farm turned to MLB as an essential vehicle to engage their customers. Brody also spent two years as executive vice president and chief marketing officer of the Boston Celtics and as an advertising executive for Young & Rubicam New York. A three-time winner of the prestigious Sports Business Journal "40 Under 40 Award," and a member of their Hall of Fame, Brody is a consistent guest lecturer at many colleges and universities. He is active in numerous community groups, such as Stand Up 2 Cancer, The Lung Cancer Alliance, Multiple Myeloma Foundation, and the Make-A-Wish Foundation. A native of Waterville, Maine, Brody is an honors graduate of Tufts University where he earned a Bachelor of Arts degree in political science in 1995. John and his wife, Gayle, reside in Manhattan with their 7-year-old son, Michael, and their 5-year-old daughter, Maya.