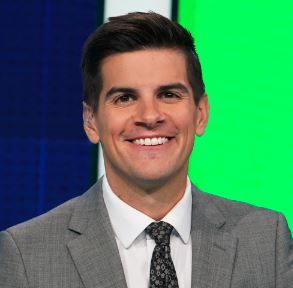 A regular contributor to NFL Live, SportsCenter, The Fantasy Show with Matthew Berry on ESPN+ and more, Yates also takes part in ESPN’s annual NFL Draft and Fantasy Football Marathon coverage, and he writes for ESPN.com.

Previously at ESPN, Yates wrote for ESPN Boston and co-hosted a pair of ESPN Radio shows – Operation Football with Randy Scott and Andrew Hawkins and Football Friendzy with Rachel Lindsay and Bobby Carpenter. He served as an NFL Insider on Fantasy Football Now for five seasons (2015-2019) before assuming his current role as show host in 2020.

A native of Weston, Mass., Yates attended Wesleyan University, where he earned a bachelor of arts in psychology.

Making a QB1: The Science behind QB Evaluations

Our panel of football experts will look at how analytics can be used to evaluate, scout, and improve quarterbacks, as well as make the ever-important decision of whether to tag or move on from a player.