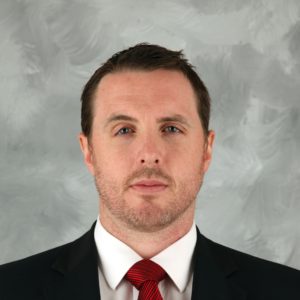 Eric currently serves as the AGM of the Florida Panthers Hockey Club and the GM of the Springfield Thunderbirds, Florida's American Hockey League Affiliate. His duties include player personnel for both the Florida Panthers and the Springfield Thunderbirds, overseeing the Pro and Amateur Scouting Departments, Player Development and the hockey operations budget. Eric is a 2002 Graduate of the United States Military Academy at West Point, with a degree in Systems Engineering, and a Graduate of Harvard's Kennedy School in 2011. Eric played NCAA DIV I hockey at the United States Military Academy from 1998-2002. A native of Boston, Eric has held numerous positions throughout the US government and the private sector focusing on national security. Most notably, Eric served as an Army Captain during Operation Iraqi Freedom III in Mosul, Iraq from 2004-2005 and was awarded the Combat Infantryman's Badge, the Bronze Star and the Valorous Unit Citation.