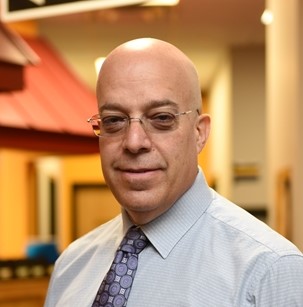 Daniel M. Laby, MD, Pediatric Ophthalmologist and Sports Vision Specialist, Director of Sports and Performance Vision Center, ChampionsEdge, LLC/SportsvisionNYC; former Assistant Clinical Professor, Harvard Medical School; Private practice; President of EYEcheck Systems, LLC and 20over8, LLC. Dr. Laby has been trained in Ophthalmology and specializes in Sports Vision as well as Pediatric Ophthalmology and Strabismus. Dr. Laby attended the George Washington University School of Medicine, receiving his medical degree in 1987. He completed his residency in 1992 and a fellowship at UCLA in 1993. Dr. Laby has served as staff ophthalmologist for several professional sports teams including about 1/3 of all MLB teams, three NBA teams, an NHL team as well as international teams from Korea and the Middle East. He worked with the USA Olympic team and attended the Beijing summer Olympic games as well as working with the international baseball team that was first to qualify for the 2021 Tokyo summer Olympic games. Most recently, Dr Laby traveled to the UK to work with an English Premier League Player, testing and training his visual abilities; and has been a consultant with an NFL team regarding a player’s on-field performance. Each year he screens the athletes at their respective training camps. The evaluations are aimed at maximizing visual function and in-game performance. Dr. Laby is board certified by the American Board of Ophthalmology, and is a full member of the American Association for Pediatric Ophthalmology and Strabismus as well as the American Academy of Ophthalmology. He is a member of the American College of Sports Medicine. He was formerly an Assistant Clinical Professor of Ophthalmology at Harvard Medical School and has authored many journal articles, textbook chapters, and is the co-author of Dictionary of Ophthalmology. Dr. Laby has been featured on the NBC Today show, Fox News, Voice of America, NPR as well as over a dozen local television and radio stations. His work has been featured in Sports Illustrated, the New York Times as well as the Boston Globe. He also presented a TEDx in-stadium presentation at historic Fenway Park in Boston. The American Optometric Association, for his work in Sports Vision, honored Dr. Laby with it’s Eagle award. Dr Laby is founder and Director of Sports Vision at ChampionsEdge/SportsvisionNYC located in midtown Manhattan and is the holder of three US patents as well as several international patents in the field of sports vision. As a practitioner in sports vision for the past 30 years, and having evaluated thousands of Professional athletes, Dr Laby has had an opportunity to critically evaluate the role of vision in sports performance. Dr Laby is also the moderator and creator of the Sports Vision ListServ group which brings together hundreds of sports vision specialists around the globe. He is one of the top authors of peer-reviewed scientific studies in sports vision and many of his papers are often cited in new research expanding on the base he has developed. One often cited concept that Dr Laby developed is that of the sports vision pyramid. The pyramid concept has served as an extremely useful paradigm for practitioners of sports and performance vison and emphasizes the need to consider basic visual abilities before testing and training higher level cognitive decision making and visually guided motor actions. This approach has guided many practitioners in the design and performance of athlete evaluations and training programs. Additionally, Dr Laby has been a strong advocate of good science and statistics in the design and execution, as well as reporting of sports vision research. He feels strongly that only through the application of proper methods and evaluation will the field grow and demonstrate value to both the general scientific community as well as the athletic community and the public at large.

This presentation will review the critical role of vision in sports performance and highlight use examples of analytics in measuring the relationship between vison and on-field sports performance in professional baseball. Finally, future and current uses of the merging of analytics, medicine, and computer software and hardware will be discussed.