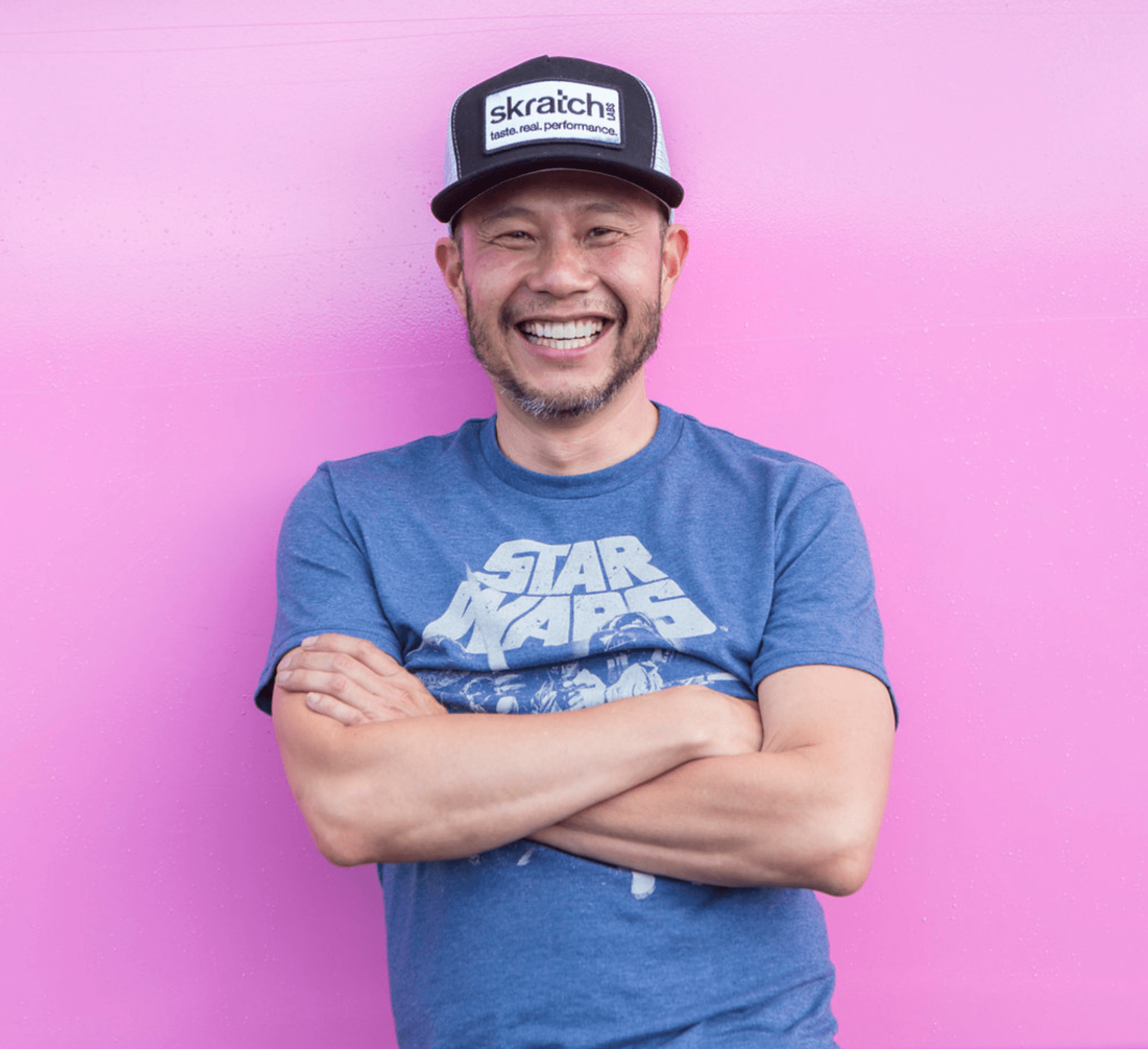 Allen Lim received his doctorate from the Applied Exercise Science Laboratory at the University of Colorado at Boulder. His doctoral work focused on adaptations to extreme stress. That worked ranged the gamut from studying porters carrying extraordinary loads in the mountains of Nepal to quantifying the physical demands of professional cycling. After graduate school, Allen worked on the Pro Cycling Tour as a sport scientist and coach for the Phonak, TIAA-CREF, Garmin, and Radio Shack professional cycling teams. Specializing in grand tour events like the Tour de France, he helped usher in a wide range of innovations that included using biological markers to detect doping, the use of portable power meters and GPS enabled computers to quantify training load, a host of strategies to better manage body temperature in extreme heat, and a wide array of sports nutrition innovations that also included building custom food trucks and hiring world class chefs to cook for his teams. After Leaving the Pro Tour in 2012, he founded Skratch Labs with Ian MacGregor – a privately held sports nutrition company based in Boulder, CO.  As part of the "from scratch" ethos, Allen has also helped co-author three cookbooks with Chef Biju Thomas - the Feed Zone Cookbook, Feed Zone Portables, and the Feed Zone Table. While Allen no longer coaches professionally, he was honored to volunteer as a coach for the US Cycling Team at the 2012 & 2016 Olympic Games and continues to volunteer as a coach, mentor, cook, and sport scientist for USA Cycling, the LUX Junior Cycling Team, and athletes sponsored by Skratch Labs.