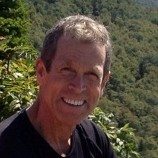 Chairman, The Broadstone Group Doug Arnot is one of the most experienced and recognized executives in international major events. He has thirty years' experience in developing macro-level event strategies, as well as the overseeing the detailed planning and delivery of operations for the world's largest sports events. Doug has held Senior Management positions in four organizing committees for the Olympic Games and was the Executive Vice President of World Cup USA 94. In addition he has been a consultant to executive leadership of four other Olympic Games, and planned and managed multiple sport world championships. Doug is currently the Chairman of The Broadstone Group, an international firm specializing in strategic planning and delivery of major events and currently advising Sochi 2014, Rio 2016 and the Inaugural Baku 2015 European Games. As Executive Vice President of the London 2012 Olympic Games Organizing Committee, he was responsible for planning and directing all Games operations, for which he was named an Officer of the British Empire and received the International Olympic Committee Order of Excellence. As an advocate for responsible and financially sustainable events he has introduced many innovations and defined new standards in the planning, delivery and presentation of the Olympic Games.