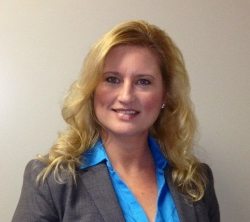 Director of Season Ticket Services, Atlanta Falcons Debbie Knowlan enters her sixth season with the Atlanta Falcons after joining the team in November of 2008 as the Director of Season Ticket Services. In this role, she implemented the customer service department for the Atlanta Falcons creating a dedicated season ticket service team, processes and benefits that improved the overall fan experience for Falcons season ticket holders and fans attending the Georgia Dome. She is now also responsible for overseeing the CRM implementation working with the various sales departments to create better strategies and reporting. Prior to joining the Falcons, Debbie served as the Director of Season Ticket Services and Retention for the Miami HEAT of the NBA for 6 seasons and was part of the 2006 Championship season. Debbie first started her service profession with The Ritz-Carlton Hotel Company, starting at The Ritz-Carlton, St. Thomas, U. S. Virgin Islands as the Manager of Guest Activities and then transitioning to Miami at The Ritz-Carlton Caribbean & Mexico corporate office as a Sales and Marketing Coordinator. Debbie graduated from Indiana University with a B. S. in Parks and Recreation with an emphasis toward management.