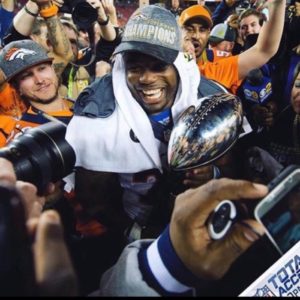 CJ Anderson was born in Concord, California on February 10, 1991, and raised in Vallejo, CA. He played collegiately first at Laney College and then the UC Berkeley. In 2013, CJ signed with the Denver Broncos as an undrafted free agent. He earned his first Pro Bowl selection in 2015 and won his first championship with the Broncos with a win over the Carolina Panthers in Super Bowl 50.