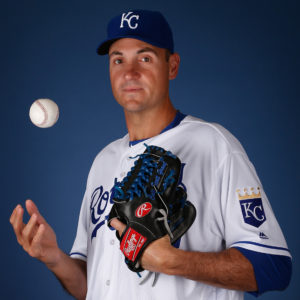 Chris Young is VP of On-Field Operations, Initiatives & Strategy for Major League Baseball. In this role, Young works with MLB’s Baseball Operations and Umpiring Operations Departments on issues affecting play on the field, including the application of playing rules and regulations, on-field standards and discipline, pace of play and other special projects. Young had a 13-year MLB career, pitching for the Texas Rangers, San Diego Padres, New York Mets, Seattle Mariners, and Kansas City Royals.

Among his current responsibilities are ensuring that ballpark and field alterations meet MLB standards; working on MLB’s pace of play and game presentation initiatives; advising on on-field disciplinary issues; assisting with negotiations with umpires, players and Minor League Baseball; participating in issues regarding player safety, on-field equipment and wearable technology; and having a role in official scoring reviews submitted to MLB.

Young received a degree in politics from Princeton University in 2002. At Princeton, Young became the Ivy League’s first male athlete to earn Player of the Year honors in two different sports – baseball and basketball – and he wrote his senior thesis on the impact of the life of Hall of Famer Jackie Robinson on racial stereotypes.

Baseball has been a constant through the years with limited innovation while the world of sports shifts around it.