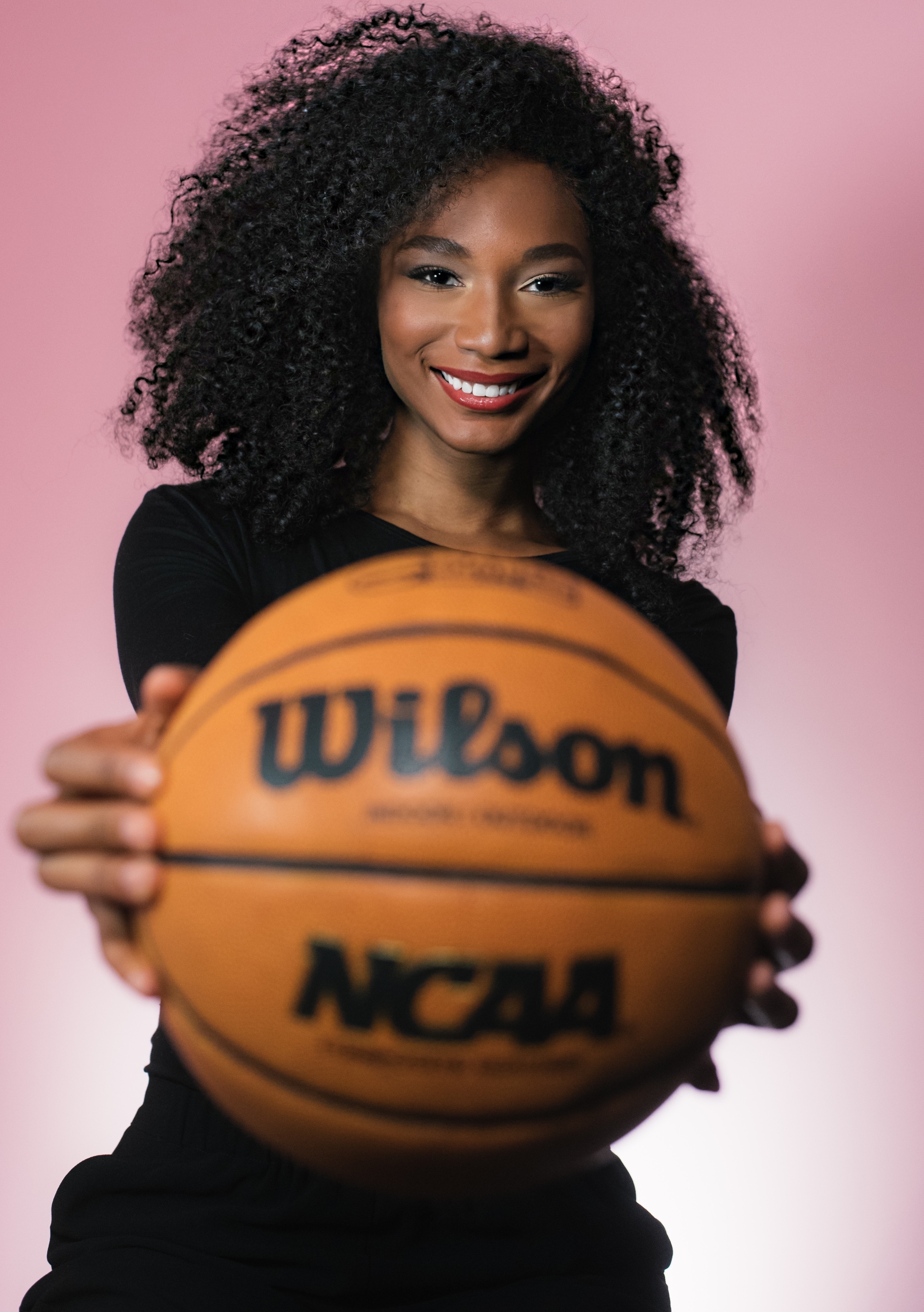 Arielle Chambers, a Forbes 30 Under 30 Honoree, is a multimedia journalist, host, women's sports and founder of HighlightHER, based in New York City.  She utilizes storytelling to amplify the voices of women and magnify their excellence. Intentionally staying on the women's side of things, Chambers seeks to show girls and women, worldwide, that their potential is limitless.
​
Chambers received higher education from both the University of Oxford (UK) and North Carolina State University (NC), studying New Communication Media and English. Post-university, she took her talents to major sports leagues like the NBA, NHL and WNBA, in in-game entertainment. It was there that Chambers saw the discrepancy in visibility of women's sports coverage. She realized the immediate impact she could have on the league if she were to just conduct her own interviews and post them online.
​
Chambers has since dedicated her efforts to grassroots coverage and the utilization of social media to close the coverage gap. Most notable in the implementation of social media, Chambers coined the phrase THE WNBA IS SO IMPORTANT, which ultimately became Twitter Sports' WNBA 25th Anniversary campaign.

In 2019, Chambers founded Bleacher Report's women's platform, highlightHER and has grown it to more than 172,000 followers and counting. HighlightHER was the fastest growing women's sports platform in 2020 and the momentum is not slowing. Through her efforts with and impact of HighlightHER, Chambers has been named to Forbes 30 Under 30 (Sports, 2021),  For(bes) the Culture's 50 Champions (2021), The Athletic's 40 Under 40: Rising Stars in Women's Basketball (2021), Footlocker's Sole List (2021) and Yahoo's Changemakers (2021).  Chambers is also Miss North Carolina International 2021.
​
With a mission advocating for women's equity and empowerment, Chambers utilizes her sports background paired with principles of teamwork to empower women, dive into what it means to be empowered, and discuss the value of execution, based on knowing one's self-worth.

How to Drive Audience for Women's Sports

This talk will explore the opportunity to grow audience for women’s sports by engaging all fans and debunking the idea that only women are interested in women’s sports.