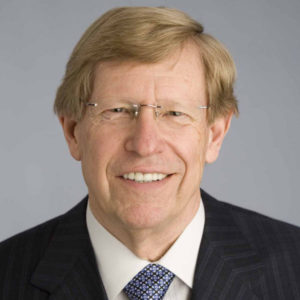 Mr. Olson is a Partner in Gibson, Dunn & Crutcher's Washington, DC office and founder of the firm's Crisis Management, Sports Law, and Appellate and Constitutional Law Practice Groups. He served as Solicitor General of the United States from 2001-2004 and Assistant Attorney General at the Office of Legal Counsel for the US Department of Justice from 1981-1984. He has made sixty-three Supreme Court arguments, including cases involving separation of powers; federalism; voting rights; the First Amendment; the Equal Protection and Due Process Clauses; patents and copyrights; antitrust; taxation; property rights; punitive damages; foreign sovereign immunity; immigration; criminal law; securities; rights of terrorism victims; telecommunications; the 2000 presidential election (Bush v. Gore); campaign finance (McConnell v. FCC and Citizens United); and same-sex marriage (Hollingsworth v. Perry). Mr. Olson is a member of the Board of Directors of the Ronald Reagan Presidential Foundation; the Board of Visitors of the Federal Society; the President's Commission on White House Fellowships; the Council of the Administrative Conference of the United States; the Board of Directors of the Knight Institute for Freedom of the Press; and (formerly) the President's Privacy and Civil Liberties Oversight Board. In 2010, he was selected by Time Magazine as one of the 100 most influential persons in the world. He is a two-time recipient of the Department of Justice's Edmund J. Randolph Award, and has received the Department of Defense Medal for Distinguished Public Service and American Bar Association Medal. Mr. Olson co-authored "Redeeming the Dream, the Case for Marriage Equality" with David Boies. Both were featured in HBO's award-winning documentary, "The Case Against 8. "