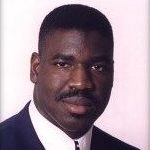 Dwight "Sean" Jones, Principal of the company, is a veteran executive with wide and varied experience in Finance and Business Management at the highest levels. Mr. Jones was a Vice President of Investments at Dean Witter Reynolds Inc. ("Dean Witter") in Beverly Hills, California, where he and was recognized as one of the top equity producers in the Beverly Hills office in 1995 as well as throughout the company. In 1996, Mr. Jones established AMAROQ Financial Services, LLC ("AFS"). AFS was affiliated with a member of the National Association of Securities Dealers Inc. Having created AMAROQ Financial Services, in April of 1996, Mr. Jones' capacity of Principal came following an 8-year tenure at Dean Witter in Beverly Hills with extensive knowledge of retirement plans and client management. Mr. Jones held series 7, 63, 65 and insurance licenses, and is recognized as a 401k Retirement Specialist. Mr. Jones is also past registered with security and exchange commission (SEC) as Registered Investment Advisors (RIA) as a Licensed International Financial Analyst (LIFA) In 2004, Mr. Jones joined the Oakland Raiders as Senor Personal Assistant. For four seasons, in that capacity, he was responsible for all forms of player acquisition, negotiated player and coach's contracts, established a new player evaluation computer system and consummated the trade that brought Randy Moss to the Raiders. Mr. Jones is also the owner of several additional businesses, including P. R. E. P (Player Readiness Evaluation & Preparation), Tryal Acquisition Group, and Amaroq Consulting. In addition to his business career, Mr. Jones had a successful professional football career, playing in the National Football League for 13 years. He earned a reputation as one of the premier defensive linemen of the League and has received numerous accolades and honors, including, 2x All-Pro and earning a trip to the Pro-Bowl, and winning the biggest honor of them all as a member of the 1996 Super Bowl Champion Green Bay Packers. In the past, Mr. Jones received his team's nomination for the Byron "Wizzer" White Award, which recognizes the player who has made contributions to team, community, and country, as well as a two-time recipient of his team's lineman of the year award in addition to the John Mackey award for the leagues top performer at his position. During his football career, Mr. Jones has been very involved with the business of football. He was the youngest NFLPA player representative in league history while a member of the Los Angeles Raiders and was the team's spokesperson during the strike of '87. As a member of the NFLPA's negotiation team, Mr. Jones recommended a 401k plan for players, which also benefit the owners. A 401k plan was subsequently made a part of the global settlement with the owners of the NFL; therefrom creating step two of the NFL Player's Career Savings Plan. In 1989 he founded the National Foot League Player's Association (NFLPA) finance committee and Co-chaired that committee for several years. Additionally, Mr. Jones represented the NFLPA in meetings involving the Players/Owners Operations Committee (POOC), a committee involved in the governance of collectively bargained rules, as well as the player representative on the Competition Committee, which creates the rules of playing field. Since retiring from the NFL in May 1997, Sean has embarked on a successful television broadcasting career, first with Turner Sports Network, then as an analyst with the FOX Sports Television Network where he handled weekly, Pre-game, as well as game analysis on Sundays during the NFL season. He has also co-hosted many nationally syndicated radio talk shows, hosted a weekly radio show for ESPN in the Wisconsin market and most recently is the co-host of the number one rated sports talk show in the Houston market for IHeart Radio. As Principal of Entertainment & Sports Management (ESM) Mr. Jones and his partner, successfully negotiated well over 325 million dollars in contracts over seven years for the players he represents in the NFL and Professional Basketball. ESM also had at least one player drafted in the first round of the NFL draft during his representation tenure. In 1987, Mr. Jones established Athletes and Artists Foundation of Roots; an organization dedicated to enriching the lives of disadvantaged youth. He donates his time to Omega Psi Phi fraternity, Rebuilds America, Children's Hospital, United Way, The National Kidney Foundation, Regional Food Banks, Athletes, and Entertainers for Kids, Pros for Kids, and many other charitable organizations. Born December 19th, 1963, in Kingston, Jamaica, Dwight "Sean" Jones is a member of the National Council of Northeastern University in Boston, Massachusetts, where he received his B. S. in marketing in 1985.