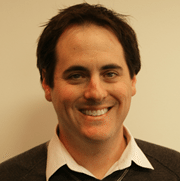 General Manager of Baseball Products, Sportvision Ryan Zander serves as Sportvision's General Manager of Baseball Products, and in this role he creates/manages the direction and strategy for all of SV's baseball products including PITCHf/x, HITf/x, and FIELDf/x. Ryan has developed and currently oversees Sportvision's data business for Major League Baseball teams as well as baseball's growing international business. Ryan held Director and VP of Business Development positions at Sportvision, earning an Emmy Award nomination for RaceView in Motorsports, before concentrating his efforts on the baseball platform. Prior to his tenure at Sportvision, Ryan held Marketing and Product Management positions at Digeo and Informix. He earned his Master's in Management from University of Southern California. He also holds a B. A. in Broadcast Media from University of the Pacific.