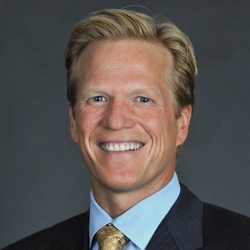 Senior Writer, ESPN @RicBucher Ric Bucher joined ESPN in January 1999 as a San Francisco-based senior writer covering professional basketball for ESPN The Magazine, and as an NBA reporter for ESPN's SportsCenter and NBA studio shows. Bucher joined ESPN and ESPN The Magazine, a sports biweekly magazine, after covering the NBA's Washington Wizards for the Washington Post (1997-1999). Previously, he was a writer for the San Jose Mercury News from 1989-97 covering the NBA's Golden State Warriors, the NFL's San Francisco 49ers, and college basketball. Bucher began his career in 1984 as a writer-in-residence at Yankee Magazine before serving as a general assignment reporter at the San Diego Union from 1984-89. Bucher, a native of Cincinnati, Ohio, is a 1983 graduate of Dartmouth College where he received a bachelor of arts degree in English.