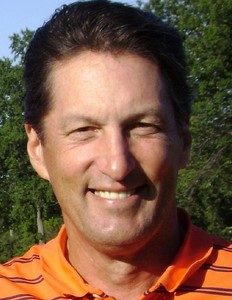 In 1989, Peter Sanders founded Golf Research Associates, LP, creating what is now referred to as Strokes Gained Analysis. His goal was to design and market a new standard of statistically-based performance analysis programs using proprietary computer models. A departure from "traditional stats," the program provided analysis with answers, supported by comparative data. In 2006, the company's website, ShotByShot. com, was launched. It provides interactive, Strokes Gained analysis for individual golfers and over 160 instructors and coaches that use the program to build and monitor their player groups. Peter has written, or contributed to, over 60 articles in major golf publications including Golf Digest, Golf Magazine and Golf for Women. From 2007 thru 2013, Peter was an exclusive contributor and Professional Advisor to Golf Digest and GolfDigest. com. Most recently, Peter has become a technical consultant to Arccos Golf, developer of the groundbreaking, game tracking and analysis system using GPS sensors that attach to the users' golf clubs. His role, to implement Strokes Gained analysis into the Arccos feedback. Peter also works with PGA Tour players and their coaches to interpret the often confusing ShotLink data. Zach Johnson has been a client for six years. More recently, Peter has teamed up with Smylie Kaufman's and Lucas Glover's coach, Tony Ruggiero, to help guide their performance analysis and improvement efforts.