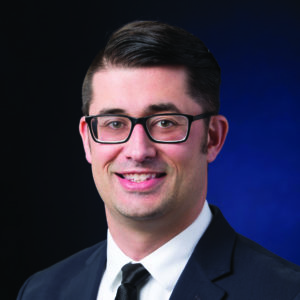 Mike Schwartz, 37, is the vice president – strategy & analytics for the Milwaukee Brewers. In addition to the strategy, data science, market research, and business intelligence work that his department provides the organization, Schwartz also oversees all aspects of food & beverage at Miller Park.

Schwartz is in his second tenure with the Brewers, having previously spent six years (2004-2009) in the baseball operations department. He returned in January 2016 as director of food & beverage hospitality before being tasked with building the newly-created strategy & analytics department in August 2016.

Prior to rejoining the Brewers, Schwartz worked five years in the consumer packaged goods industry, most recently as a brand manager at Kraft Heinz Company.
Schwartz also serves as an adjunct lecturer at the University of Wisconsin-Milwaukee – Lubar School of Business.

A 2004 graduate of the Kelley School of Business at Indiana University, Schwartz earned his MBA in 2011 from the Kellogg School of Management at Northwestern University.