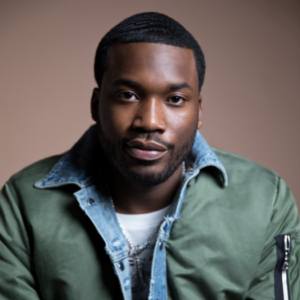 Meek Mill is a critically-acclaimed multi-platinum hip-hop artist, songwriter and entrepreneur that hails from Philadelphia, Pennsylvania. Meek Mill evolved from Philadelphia’s hottest underground rapper to one of the world’s preeminent musical artists, having released a slew of smash studio albums and singles, including “Ima Boss,” “Dreams and Nightmares (Intro),” “All Eyes on You,” and “Whatever You Need,” among many others. His latest studio album, CHAMPIONSHIPS, debuted at No. 1 on Billboard’s “Top 200 Albums,” marking his second chart-topper following his 2015 album DREAMS WORTH MORE THAN MONEY. In October 2012, Mill announced the launch of his own label imprint, Dream Chasers, named after his mixtape series. In addition to serving as the CEO of Dream Chasers, Mill is also an advocate for criminal justice reform in the United States with a focus on creating stronger prison rehabilitation programs, improving the bail system, shortening probationary periods.