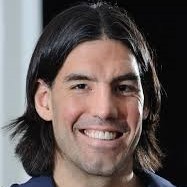 Luis is an Argentine professional basketball player who last played for the Brooklyn Nets. A three-time All-EuroLeague selection with Tau Ceramica, he signed with the Houston Rockets in 2007, and was voted to the NBA All-Rookie First Team. Later on, he played for the Phoenix Suns, Indiana Pacers and Toronto Raptors. Scola has been a regular member of the Argentina national team and won an Olympic gold medal in 2004, and a bronze medal in the 2008 Summer Olympics. These successes enabled him to become Argentina's flag bearer at the 2016 Summer Olympics. Luis is currently a free agent