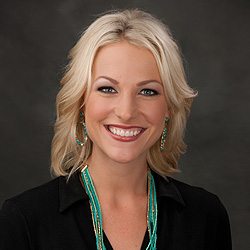 SportsCenter Anchor, ESPN @lindsayczarniak Lindsay Czarniak joined ESPN in August 2011 as a SportsCenter anchor, also appearing onSportsNation. Prior to joining ESPN, Czarniak served as sports anchor and reporter at WRC-TV (NBC4) in Washington, D. C. anchoring daily sportscasts and hosting Sports Final, Redskins Report and the Coach's Show with Mike Shanahan. During her time in DC, she was a protg of WRC's longtime sports anchor George Michael, who hired her as a sports reporter and weekend sports anchor in 2005. Michael called her "the best hire I've ever made. "At NBC4, Czarniak covered all of the region's professional teams and hosted and produced a sports-interview segment Lunch With Lindsay where she interviewed nationally known athletes, politicians and entertainers about topical issues, on and off the field. She also worked for the station's parent network, NBC, reporting from the 2006 Winter Games in Turin, Italy, and the 2008 Summer Games in Beijing. Born in Harrisburg, PA. , Czarniak was raised in Northern Virginia in a sports atmosphere, with her father working as a sports reporter and editor for USA Today. She played lacrosse and field hockey in high school, and graduated from James Madison University in 2000 with a major in journalism and a minor in studio art.