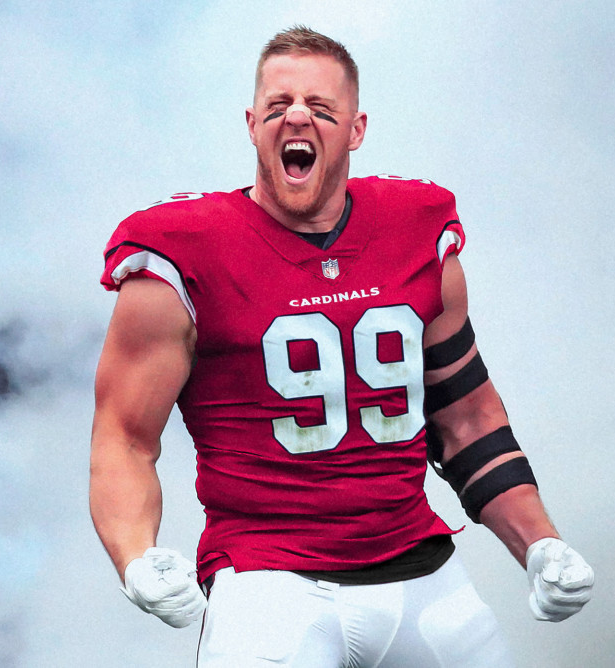 JJ Watt is one of the most game changing defensive ends in the history of the National Football League (NFL). During his tenure as a defensive end with the Houston Texans, he was named NFL Defensive Player of the Year three times. In 2014, Watt became the first player in NFL history to record two 20+ sack seasons in a career. He holds the Texans' franchise records for both sacks and forced fumbles.

During the 2017 season, Watt raised over $41 million for relief and recovery efforts for the Houston area after Hurricane Harvey. Watt was awarded the Walter Payton NFL Man of the Year and the Sports Illustrated Sportsperson of the Year awards for his efforts.

Prior to the NFL, he played college football at the University of Wisconsin, where he earned the Ronnie Lott Trophy in 2010 and was drafted by the Texans in the first round of the 2011 NFL Draft.

How does J.J. decide when to return to play after an injury or a natural disaster? How has J.J.’s perspective on playing changed throughout his career? Join this panel as Rich Eisen deep dives into J.J. Watt’s thought process and decision making.