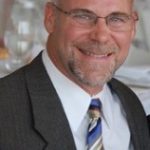 Longtime National Hockey League strength and conditioning coach, Doug McKenney became the first, full-time head strength and conditioning coach in the NHL when he began a four- season tenure with the Pittsburgh Penguins in 1985. In 1989, he moved to work with the Hartford Whalers, serving in the same capacity for the next six seasons. In July of 1995, McKenney was named the Buffalo Sabres' first-ever Strength and Conditioning Coach and was instrumental in the development of young and veteran players, steadily improving the performance levels for the team throughout a 20-year tenure. His success can be measured by the impressive consistency of his team finishing near the top in the least amount of man-games-lost category throughout his NHL career. Over his 30-year tenure with the NHL, McKenney employed player-tracking systems, utilizing the most advanced devices available for measuring mechanical and physiological data to create highly- individualized programs for each athlete. McKenney's player tracking systems steadily evolved from manual data entry and analysis in the early years, to a sophisticated mobile platform. In 2011, McKenney worked with M2Synergies to develop the software necessary to transform the delivery of his programs from a website format to an early rendition of what eventually was developed into the CoachMePlus* system. Combined with the information technology expertise of the M2Synergies team, McKenney's vision of a high-tech method for data-management was born. CoachMePlus, first and currently utilized by the Buffalo Sabres, has now been widely adopted by many amateur, college, and professional sports teams across the country. In October 2015, McKenney joined the CoachMePlus staff as Sports Performance Specialist/Founding Coach. Drawing on the many years of experience training elite hockey athletes, McKenney brings intuitive industry knowledge from a unique experience to the growing company whose athlete data-management operating system is working with teams across the NFL, NHL, MLB, NBA and NCAA. Additionally, McKenney has established LeanFitStrong Consulting, LLC, a sports performance consulting business designed to offer guidance for professional and college sports teams relating to their desire to achieve the cuttingedge advantage over competitors. McKenney's LeanFitStrong philosophy places a special emphasis on teaching athletes about: the crucial relationship between healthy nutritional practice and body composition; strength and power attainment; and sport-specific conditioning. His focus on the relationship between proper hydration / energy-repletion practices and maximizing performance capability / reduction of injury risk, has become signature to his approach for elite sport performance. McKenney's extensive applied-physiology knowledge informs the solid foundation for his philosophy by combining research-relevant justifications with various data from player-tracking. McKenney's practical application of sport science can help an organization understand the tremendous value of effective collaboration and appropriate coordination amongst existing professionals serving the team's medical/physiological/coaching needs.