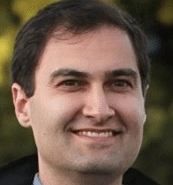 President, San Jose Earthquakes @QuakesPrez David Kaval is the President of the San Jose Earthquakes of Major League Soccer (MLS). He oversees the business and technical sides of the franchise. In his time with the Quakes, Kaval has led a transformation of the organization both on and off the pitch elevating the stature and awareness of the club. Kaval created the yearly tradition of playing a Quakes match at Stanford Stadium. This has become one of the biggest sporting events of the summer in the Bay Area with over 41,000 fans at the 2011 match against the New York Red Bull and a record crowd of 50,351 in 2012 with the derby against the LA GalaxyKaval also has led the Quakes efforts to design, develop, and privately finance a new 18,000 seat soccer specific stadium off Coleman avenue in San Jose. Groundbreaking for the stadium is scheduled for October 21, 2012. The stadium boasts the only field level suites in professional sports and all twelve were sold with six weeks of going on sale. In an effort to improve communication with fans and community stakeholders, Kaval launched a weekly blog on SJEarthquakes. com, started a twitter feed at @QuakesPrez as well as initiated weekly office hours. Additionally, Kaval unveiled plans for improvements to the atmosphere at Buck Shaw Stadium including: a new concessionaire, Yorder in-seat ordering, a revamped Epicenter Fan Zone, a new VIP Section, a new team store, in stadium historic murals, the addition of the George Best Gate and VIP restrooms. Additionally, the Quakes have become the epicenter for the Gourmet Food truck movement with 8-10 trucks at each match from a variety of local partners. Known as an innovator throughout his career, Kaval spearheaded new efforts to grow the Quakes social media efforts including partnerships with Experience ticketing as well as an alpha partner with Facebook Deals. On the corporate sponsorship side, Kaval has overseen a MLS best fifty percent increase in corporate partnership revenue with companies such as 7UP Bottling Company, Wells Fargo, Kaiser Permanente, Farmer's Insurance and VISA, along with helping renewals for KFC and SuperCuts, among others. Prior to joining the Earthquakes, Kaval founded the Golden Baseball League (GBL) in 2003 with fellow Stanford Business School graduate Amit Patel. Kaval was responsible for raising the initial capital to launch the league, launching the charter teams, and building an entire League from scratch. He also negotiated a number of major corporate partnerships, including the multi-million dollar league naming rights agreement with Safeway. Kaval also served as the President of the Yuma Scorpions, Long Beach Armada, Chico Outlaws teams, as well as the Arizona Winter League. Some of the memorable GBL alumni include hall of famer Rickey Henderson, Jose Canseco, Jose Lima, and Mark Prior. Kaval has also spent time in the Office of the President of the United States in Washington DC on the budget for National Security as part of the Office of Management and Budget (OMB). Kaval is extensively featured as an expert on sports management in the following publications and media outlets: Forbes, New York Times, USA Today, San Francisco Chronicle, CNBC, Wall Street Journal, Sports Business Journal, Los Angeles Times, KCBS, KLIV, KGO, and the San Jose Mercury NewsHe lecturers in a variety of programs at Stanford University including the Graduate School of Business and is a Director of the Workforce Investment Board in San Mateo County. Kaval is a Board Member of the San Jose Sports Authority and the San Jose/Silicon Valley Chamber of Commerce. He is a member of San Jose Rotary and the Young Presidents Organization (YPO). In 2000, Kaval co-authored a book entitled "The Summer that Saved Baseball," which highlighted a tour of all 30 Major League Baseball stadiums in the summer of 1998. A native of Cleveland, Kaval earned a B. A. in 1998 with honors in International Relations and an M. B. A. in 2003 from Stanford University. He is a long time resident of Menlo Park and lives there with his wife and two daughters.