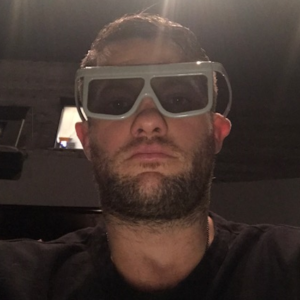 He looks like anyone off the street, but Davidreally did playwide receiver in the NFL for six years. Drafted in 2006 by the Texans, he spent most of his NFL career in Houston with stints on the Redskins, Broncos, and Seahawks. While in the NFL hecarved out a reputation as a coachable player who challenged the status quo, on and off the field. After the NFL, David enrolled at the University of Southern California where he earned his MBA at USC Marshall School of Business. He focused on data science and analysis where he met two of the foremost artificial intelligence professors in the world. This led to his next job at the industry leadingsports analytics firm Second Spectrum. While there David defined the way player tracking technology was thoughtfully implemented in sports. He helped the company grow from 6 to 80 people and expand into new sports - baseball, soccer, and American football. His last project was working on the $250MM dollar deal between Second Spectrum,SportsRadarand the NBA. Davidis now the Chief Experience Officer at Gains Group where he focuses on helping sports properties integrate and produce actionable value from new technologies and data. His work has been featured in the NYT, Inc, and Fox Sports. His goal is to make data and tech more mainstream in sports by sharing new capabilities with players, teams, and fans in a way that brings everyone closer to the game.