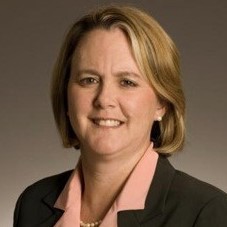 Carolyn has been with the Ivy League since 1993 and currently serves as the Deputy Executive Director. In her current role she serves as CFO and chief of staff, and works with the Executive Director in managing Ivy League's governance and support services for the eight institutions and 33 championship sports for men and women. Carolyn has been active in committee service. She has served as the Ivy League representative to the NCAA Leadership Council, and as chair of several NCAA Committees, including the NCAA Legislative Council, the Women's Basketball Issues Committee, Women's Ice Hockey Championship Committee, and the Olympic Sports Liaison Committee. In 2009, she was named Administrator of the Year by the WBCA, and by NACWAA in 2005. Carolyn garnered All-American honors as a lacrosse player at Bates College and later received an MBA from Temple University. Previously, Carolyn was an associate AD at Wellesley College and an assistant AD at Dartmouth College.