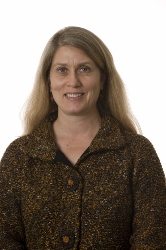 Enterprise and Olympics Reporter, ESPN Bonnie D. Ford is an enterprise and Olympics reporter for ESPN, where she has written extensively about doping in sports, specifically the Lance Armstrong case, and provided analysis and commentary on issues related to athletes and performance-enhancing drugs. She has covered international events, including the Tour de France, men's and women's soccer World Cups, men's and women's tennis majors and the world marathon majors, as well as major U. S. sporting events, including MLB playoffs and World Series, NBA and NFL playoffs, NCAA championships, the Kentucky Derby and Breeders' Cup. Ford joined ESPN in 2007 after previously working as a freelance writer. Before that, she was a sports feature writer at the Chicago Tribune (1996-2004), a sports feature writer for The Cleveland Plain Dealer (1994-96), a metro reporter at The Detroit News (1987-94), a metro reporter at The Ann Arbor News (1981-87) and assistant sports director at WUOM-FM in Ann Arbor, Mich. She was a Knight Journalism Fellow at Stanford and a Fellow at the University of Maryland Knight Center for Specialized Journalism. She holds a bachelor's degree from Oberlin College.