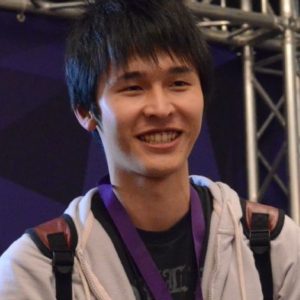 Abadango's story is one of perseverance, determination, and taking the road less travelled. Eventually he would be known as one of the best, if not the best Japanese SSB4 player. He started his journey in Brawl, where he was known as the best Wario main in Japan. He would later get his first international recognition at APEX 2015 where he placed 7th as PacMan with memorable matches vs Dabuz. After that he took a break from playing for several months and would make his return at EVO 2015 where he got revenge against Dabuz, eventually finishing 4th. He won his first national event on August 19th, called Umebura 19 against veteran Sheik specialist, Shu. At BigHouse 5 he would place 7th. Fast forward to today, and you'll find him maining and specializing as Mewtwo with Rosalina&Luma, and Meta Knight as his secondaries. Abadango is widely considered the greatest Mewtwo player in the World evidenced by his performances at CEO 2016, Pound 2016, EVO 2016, SuperSmashCon 2016, and Clutch City Clash. Most notable was his performance at Pound 2016 where he won the tournament without dropping a single set, eventually defeating Ally 3-0 in the grand finals! Currently at the time this was written, Abadango is considered the #5 ranked SSB4 player in the World. Luminosity Gaming is thrilled to share in his journey and offer him the resources he needs to attend events, and focus on becoming the best he can be.