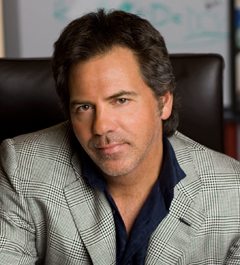 Tom Gores is the owner of the Detroit Pistons. In 2011 Gores and Platinum Equity bought the NBA Detroit Pistons. In August 2015 he purchased Platinum's stake, giving him 100% of the team's equity. He founded Platinum Equity in 1995 and his guidance, core philosophies, and strong principles drive the strategic development and direction of both the firm and itsportfolio. Early in his career,Mr. Goreswas an active investor in smaller businesses, where companies often trade principally on their good word and ability to follow through on what they promise. Here he developed his principles of empowerment, hard work, and integrity. As he delivered on commitments made to deal partners, investment bankers, and lenders,Mr. Gores'sability to continually execute larger transactions grew exponentially and made Platinum Equity one of the premiere private equity firms in the world, recognized as one of Forbes' s "Largest Private Companies" within just 4 years of beingfounded. Believing that a team of outstanding people could meet almost any challenge,Mr. Goresbegan selecting the best and brightest he came in contact with to join him. The result is the Partners and Principals who lead Platinum Equity today. Strong relationships, trust in people, and open communication remain key toMr. Gores'sand Platinum Equity'smomentum. When it comes to his business,Mr. Goresapplies philosophies of swift and thorough diligence, sound acquisitions, effective management, and driving value through honest, intelligent operational improvement rather than financial engineering. M&A&O , his pioneering vision of combining traditional M&A with operational insight, was the direct result of the combination of thesephilosophies. Top business publications have recognized Platinum Equity as one of the most important private companies in America, most recently ranking 25th on the 2013 Forbes list of America's Largest Private Companies and #5 on the 2013Los Angeles Business Journallist of LA's Largest Private Equity Companies. Mr. Goresappears on both the Forbes list of the World's Billionaires as well as the Forbes list of Richest Americans, and is among the youngest individuals ever to appear oneither. Mr. Gores was born in 1964 and resides primarily in Beverly Hills with his wife and children. When not serving in his role as Chairman and CEO of Platinum Equity, Mr. Gores is on either asoccer field or abasketball court coaching youth teams, applying the same principles of hard work and inspiration that he does to his business. He also maintains active interests in the arts, serving on the Los Angeles County Museum of Art's Board of Trustees and pursuing interests in music. Mr. Goresholds a Bachelor of Science degree from Michigan StateUniversity.