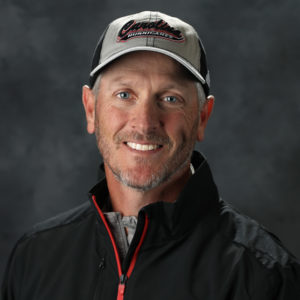 Tom Dundon, 46, is the principal owner and governor of the Carolina Hurricanes, after acquiring a majority stake in the franchise on Jan. 11, 2018. Dundon is the Chairman and Managing Partner of Dundon Capital Partners, a Dallas-based private investment firm. His investment activities have spanned the entertainment, healthcare, real estate and hospitality, technology, automotive and financial services sectors. Born in New Jersey and raised in Plano, TX, Dundon attended Southern Methodist University, where he earned a bachelor's degree in economics in 1993 and served as president of Phi Gamma Delta. His career began in automobile finance, working in a dealership in Irving, TX. Shortly thereafter, with a number of partners, he co-founded a new business focused primarily on automobile financing, which over the next 10 years and through a series of transactions, became Santander Consumer USA ("SCUSA"), a large U. S. consumer finance company majority held by Banco Santander. Dundon served in various capacities for the company, including as co-founder, chairman and chief executive officer, and leading $35 billion in acquisitions across 30 transactions with major companies including HSBC, GE Capital, and Citibank. Following investments from KKR, Centerbridge and Warburg Pincus in 2012, SCUSA's completed its initial public listing in January of 2014 on the New York Stock Exchange as one of the largest non-bank consumer finance businesses in the U. S. , with a valuation of $8. 3 billion. Under his leadership, SCUSA offered financing through a variety of scale partnerships, including acting as Chrysler Capital, and working with major retailers like CarMax and AutoNation. Through SCUSA, Dundon was able to impact lives by increasing access to reliable transportation for individuals with limited credit history, while maintaining prudent risk management and consistent profitability across financial cycles for investors. In the summer of 2015, Dundon stepped aside as CEO of Dallas-based SCUSA to focus on his entrepreneurial investments, which led to the formation of Dundon Capital Partners. Dundon and the firm actively pursue investments across industries. He is the majority owner of Employer Direct, a growth-stage healthcare services company, and is the largest individual investor and co-chairman of Topgolf, a premier global sports entertainment business headquartered in Dallas that incorporates technology, golf and entertainment. Dundon also serves as a director for OTO Development, a hotel development and management company headquartered in South Carolina, and for Redpoint Capital, an alternative credit manager. He has also made significant investments in real estate in Dallas and Aspen, CO, highlighted by his 2015 purchase of 2100 Ross Avenue, a landmark 33-story office building downtown Dallas, where Dundon Capital Partners and Employer Direct Healthcare currently operate. Dundon is a consistent supporter of the Dallas charities, with a focus on academic and sports-community focused initiatives. Of note is his support of the Salesmanship Club of Dallas, which hosts the PGA's annual AT&T Byron Nelson, one the largest fundraisers for the Momentous Institute, a leading provider of therapeutic and education services that impacts 6,000 kids and family members each year. To help support the Salesmanship Club, Dundon funded the construction and development of Trinity Forest Golf Club, a premier, non-profit, 18-hole championship golf course and 9-hole short course that will be the future home of the Byron Nelson. Opened in 2017, Trinity Forest features a private golf facility built for Southern Methodist University's men's and women's golf teams, and provides support for the First Tee of Dallas, a non-profit organization that leverages golf to develop character building amongst the youth. In 2017, Dundon formed the Dundon Family Charitable Fund, which will support various qualified non-profit initiatives, with a focus on supporting academic and athletic initiatives at top universities in the U. S. Tom and his wife, Veruschka, have five children, Caden, Dax, Drew, Blake and Tagan, and reside in Dallas.