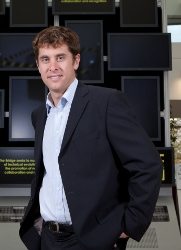 Founder, Hawk-Eye Innovations Ltd. Dr. Paul Hawkins is the founder of Hawk-Eye Innovations Ltd - the technology used in tennis and cricket as an aid to the umpire and broadcast enhancement. Andre Agassi described Hawk-Eye as "the biggest thing to happen in tennis for 40 years". Hawk-Eye was acquired by Sony in 2011, as part of a wider Sony strategy to be as synonymous with sport as it is with film, music and gaming. Paul is now playing a leading role in growing Sony's sports business and forming the strategy to achieve Sony's ambitions. Paul has played several sports to a good level: minor country cricket, University 1 st 8 rowing, junior national level chess and table tennis and he now is a competitive triathlete. His own personal passion for sport is conveyed in his approach to innovation - to unravel the beauty of our sporting worlds and present it in a way which all can relate to and be inspired by. Equally, Paul has always had a passion for innovation and entrepreneurship and come up with numerous schemes for making money whilst growing up and at University. Paul gained a Ph. D. in Artificial Intelligence from Durham University after which he worked for Roke Manor Research Ltd - where the idea of Hawk-Eye was initially pitched and developed. Paul's work has been recognized through being awarded the "young entrepreneur of the year", and Hawk-Eye has won several industry and technology awards over the years.